To the Late Bloomers: It’s Not Too Late

Inside: You haven’t missed the boat. If you’re one of the many late bloomers, it’s not too late. You can reinvent yourself and build a life you love. This post contains referral links. This a guest post by Emma Scheib of Simple Slow Lovely.

I have always been a late bloomer. Not in the physical sense, but in almost every other facet of life. I didn’t start university until I was 23, and I didn’t start my love affair with running until I was 25. I’ve spent my thirties raising small children, and at 40, I’ve only just figured out what I want to do career-wise

I have always felt ‘late to the party’ and somewhat underdressed. As if I didn’t get the memo about the things you ought to do for a good life. I’ve fumbled down my own path, often tripping and falling and then blaming myself for not having followed the status quo.

Many of my peers have been working in their chosen industry for well over a decade. They have a semblance of ‘sorted’ to this area of their life.

And yet here I am, drip-feeding a sizable student loan, working part-time at a real estate office (after ditching my dream job to slow down), and wondering if I need to retrain in some area.

There’s hope for us late bloomers

I was pleasantly surprised to discover a new book. Late Bloomers: The Power of Patience in a World Obsessed with Early Achievement, by Rich Karlgaard (publisher of Forbes). He argues that while late bloomers have been chronically undervalued by society, we may actually be better off.

When we ‘find our way’ in our forties and even later in life, we are often better equipped for the new season, having more years of wisdom, compassion, resilience, and insight under our belt. Kalgaard proposes – that we “consider a kinder clock for human development”.

I sometimes question my bumbling path, and my choice to quit my dream job. I don’t regret the choice per se, but I often wonder, how exactly did I get here? Forty and reinventing my life, again.

RELATED: 5 Powerful Strategies for a Joyful Life: Midlife and Beyond

That’s when I turn to other late-bloomers for inspiration and advice. Late bloomers are often women who have taken a break from work to raise children, only to find the career they left wasn’t one they wanted to return to.

My husband’s Aunty is a wonderful example of this. She trained in her twenties as a nurse and worked until she had her first child. Another 3 children later, and a husband who worked 80 hour weeks as a surgeon meant returning to nursing was too difficult.

But now, in her fifties, in an empty nest, she is retraining as an interior designer. She has decided to start fresh, work from the bottom up, and fuel her creativity through this new career.

And there’s no shortage of other inspiring examples. Steve Jobs was a college school drop out, and Julia Child didn’t publish her first cookbook until age 49. And one of my personal favourites, Kathryn Joosten. Joosten became famous in her 60s for her role in West Wing, after beginning her acting career at 53.

In case you didn’t get the message … It’s never too late.

What I want to know, and teach my two daughters, is that you don’t have to bloom when everyone else does. Additionally, just like our favourite rose bush, we get to bloom over and over again. You are not limited to blooming in one season of your life.

What if we embraced the idea that we could bloom later in life, in a time of our choosing. And that we could enjoy several ‘blooms’ across our lifespan.

Who’s to say we won’t become a chef in our forties or a children’s author in our fifties?

As someone who believes our lives are made up of seasons, this idea makes sense to me. Seasonal living allows us to give ourselves swaths of grace and the ability to reinvent ourselves when we ‘grow out’ of a current job or hobby.

In high school, I flunked every exam except English (and only just passed that one!). Living in a volatile home environment made education difficult to focus on. It wasn’t the right season for me to be learning and growing in this way.

I’m thankful that I gave learning a second chance in my twenties. And I’m convinced that part of my academic success in my late twenties was because it was the right season. If I had gone, fresh out of high school I doubt I would have had the same results.

When I left my full time ‘dream job’ two years ago it was so that I could be more present in the season of raising children. I’ll be in this season for at least another decade, and the way this season looks will change as my daughters grow.

And allowing myself to enter this season meant uncovering a flower that may not have bloomed otherwise. I am reinventing myself as a writer and a slow-coach and I’m grateful for the opportunity to do this work.

RELATED: The Gift of Winter is Freedom

REFRAMING to see the opportunity that awaits us

One of my favourite question to ask is ‘what if?’. So I’ll ask again.

What if we were able to disrupt societal expectations that demand we achieve certain milestones at certain ages?

I believe this would equate to children who aren’t marginalized for failing developmental milestones. Teenagers who are more comfortable in their own skin, even when it’s different from their peers. And as adults, we could be free to chase our dreams when the season is right, not when we are expected to.

If you feel like you’ve missed the boat, or haven’t ‘made it’ yet, I want to encourage you to reframe this. Instead, look at the remaining years of your life as full of opportunity, no matter what your past looks like.

You get to bloom, more than once, and when you are ready, not when the world thinks you should.

And we are waiting to watch each beautiful unfolding.

Emma Scheib gained her Masters in Psychology in 2013 and has since worked full time in corporate research positions for government agencies. She recently gave up her “dream job” to pursue being a (happier) mum, living a slower pace of life. She is also dipping her toes back into her long-lost love, creative writing. She writes regularly over at Simple Slow & Lovely, and you can also connect with her on Facebook and Instagram.

NOW WHAT? Join the Brave + Beautiful Community for brave and weary, growth-minded women in the middle season of life. 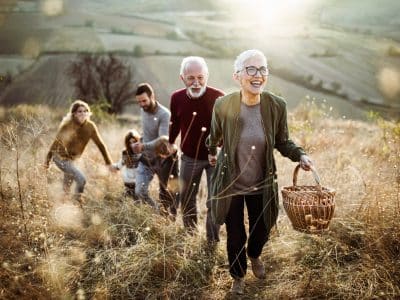 Seasons of Transition are Important and Require Ample Rest 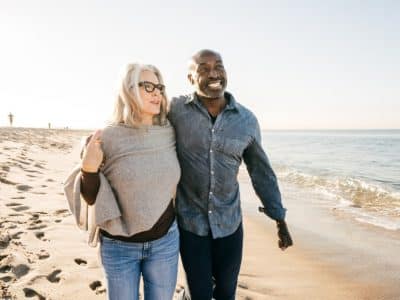 5 Powerful Strategies for a Joyful life: Midlife and Beyond

5511 shares
Previous Post: How to Bumble Your Way into Beauty (in 10 Simple Steps)
Next Post:How I Simplify and Leverage the Strengths of Social Media
5.5K shares