Self Care Through Life’s Transitions is part of a series called “Your Life in Progress.” In this series we hear from other women like you and I – women who are learning to love and care for themselves well. They are taking risks, making mistakes, trying new things and letting others go, sometimes struggling, but ultimately pursuing beautiful, gentle lives of purpose, health & JOY.

Ever since I was a young child, I have been a morning person. I am not sure if it was because my parents were night owls or if it was due to other factors, but having the early mornings to myself has always been something I have been overly attached to. When I first met my husband, I lived alone in a lovely studio apartment and I generally went to bed at 9:00 and woke up at 4:30 to read, journal and think about life. I had a ritual of drinking coffee, a bowl of fruit and thinking about the day ahead. I lived alone, so it was very easy to carve out the time to do it.

When my husband and I started dating and he found out about my schedule, he looked at me and said (nicely), “Wow, you are kind of like an 85 year old in a 25 year old body, right?” He was right. I had a very rigid schedule and routine, but it was easy because I lived alone and had great control over the outside influences of my life. I lived close to a lovely trail and could set out on the weekends for long walks without any thought of what might be waiting for me back home. I lived alone, was unmarried and had little obligation to my extended family, so spending long hours in solitude was fairly easy and I was pretty disciplined about it.

I was able to continue my mornings in this way until our first daughter was born unexpectedly early. She was mostly okay, but had to stay in the NICU for several weeks, so my routine had to undergo a quick and radical change to meet our new circumstances. I think it would have been easy for it to fall by the wayside, given our situation, but I was unwavering in my need for a little time to myself and I found a few ways to make it happen. I maintain that it allowed me to be a better parent, spouse and patient on behalf of my daughter.

Every morning, I went to the hospital a little before 6 AM for her morning feeding. After the feeding, when she was asleep, I would leave her in the care of the lovely nurses and head out for an early morning walk along the river. I had always enjoyed walking, but had never seen it as a critical self-care practice, but it became one during that time. It was October, so the fall leaves were in full color and the morning sun had a crispness to it. It was a balm for my soul. After my walk, I would sit with my journal and a cup of coffee from the hospital coffee shop. I would sit in (mostly) silence for as long as I needed before returning to the NICU and my daughter. I realized, then, that any self-care I could engage in was far superior to none at all.

We have added three more children, moved several times, pursued graduate degrees and had our share of hard times, but my commitment to taking care of myself has remained strong. I know that when I was younger, seeing a book titled “Five-Minute Devotionals for Women” or something like that would have produced eye-rolling on my part, but not anymore.

Anything we can do to start taking care of ourselves is valuable and important work.

My self-care routines have changed during these transitions and when you think about it, this is how it should be. Just as my oldest child has outgrown some of the games her younger siblings like to play, my practices have changed over time. Currently, my youngest gets up very early, so I actually do more of my “me” time in the evenings or while she is at preschool. I still prefer first thing in the morning, but it isn’t possible during this season, so I am doing what I can.

While I was in graduate school, we had a lovely childcare situation on campus, so I often scheduled for the kids to go there so I could take a walk around the nearby park. In the summers, my husband would keep the kids home with him for an hour or two so I could head out for a bit on my own to go walking or to a bookstore and gather myself after spending the day with the kids. Small things, really, but vitally important to my family’s well-being.

I’ve learned that you shouldn’t go through life with a catcher’s mitt on both hands; you need to be able to throw something back. ~Maya Angelou

A few years ago, I saw a display in the children’s section of our beloved library. It was a collage of open hands with the Maya Angelou quote “I’ve learned that you shouldn’t go through life with a catcher’s mitt on both hands; you need to be able to throw something back” printed in the middle. At first, I thought about the quote in the context of my paltry efforts to give back to my community in the midst of being a mother of four small children. I resolved then and there to be more engaged and involved with the larger community. And I do think that is important, but I have started thinking of it more in the context of taking care of ourselves.

I think too many of us think that if we spend the time and energy taking care of ourselves, we are like the person wearing a catcher’s mitt on both hands. The truth is, though, if we are not engaging in meaningful (this does NOT have to be hours or even an hour a day, but can be the five minutes I referenced above, I have even seen ones for three minutes) self-care practices, we will not have anything to throw back. We will not be able to contribute meaningfully because we will be empty.

Somehow, though, we have bought into the idea that we must give at all costs, the biggest cost being ourselves.

I urge you to find ways, even if they seem ridiculously small, to fill up your mitts so that you can give back from abundance not from a place of emptiness and unnecessary sacrifice. It is really the best gift you can give yourself and those around you, please try to find ways, no matter how small, to take care of yourself. Build it into your life, no matter how daunting it may seem, not as a burden but as the most important gift you can give to yourself and those you love.

Thank you Shana for another thoughtful guest post: Self-Care Through Life’s Transitions. Shana is an Alaskan Ex-Pat, Lover of the Neglected, Quiet Agitator, Enthusiastic Pedestrian, and Part-Time Writer.

You might like to read more about “small self care”, about “life in transition”, or about learning to identify “what you want or need.”

Quiet the noise of comparison, perfectionism, and fear and show up fully (with joy and on purpose) to your imperfect & beautiful life.
I'll help you figure out how.
Read our privacy policy here
197shares

8 comments on “Your Life in Progress: Self-Care Through Life’s Transitions” 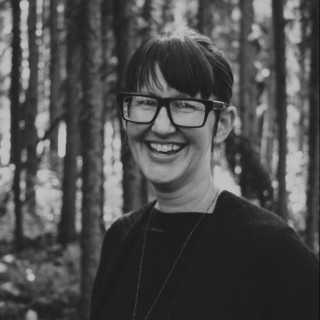 Welcome to my corner of the noisy internet. My mission as a Joyful Living Educator is to help messy humans like me quiet the noise of perfectionism, comparison and fear to show up fully to their imperfect and beautiful lives and/or businesses. My message can be summed up in 3 sentences: You're imperfect; Life is messy; Show up anyway. I'll help you figure out how. xo

. We’re all in progress. Operating with the tool

Quiet the noise of comparison, perfectionism, and fear and show up fully (with joy and on purpose) to your imperfect & beautiful life.
I'll help you figure out how.
Read our privacy policy here
BEFORE YOU GO!
YOU CAN GET MY MONDAY LETTERS
I write about real life as I know it –
the messiness and imperfection,
learning to love ourselves and
put down deep, strong roots
of self-awareness and self-compassion,
about heartache and joy
and doing our best to show up
“imperfectly - on purpose” through it all.
Give it a try, you can unsubscribe anytime.

Powered by Convert Plus
Live imperfectly. On purpose.q
197shares
197shares